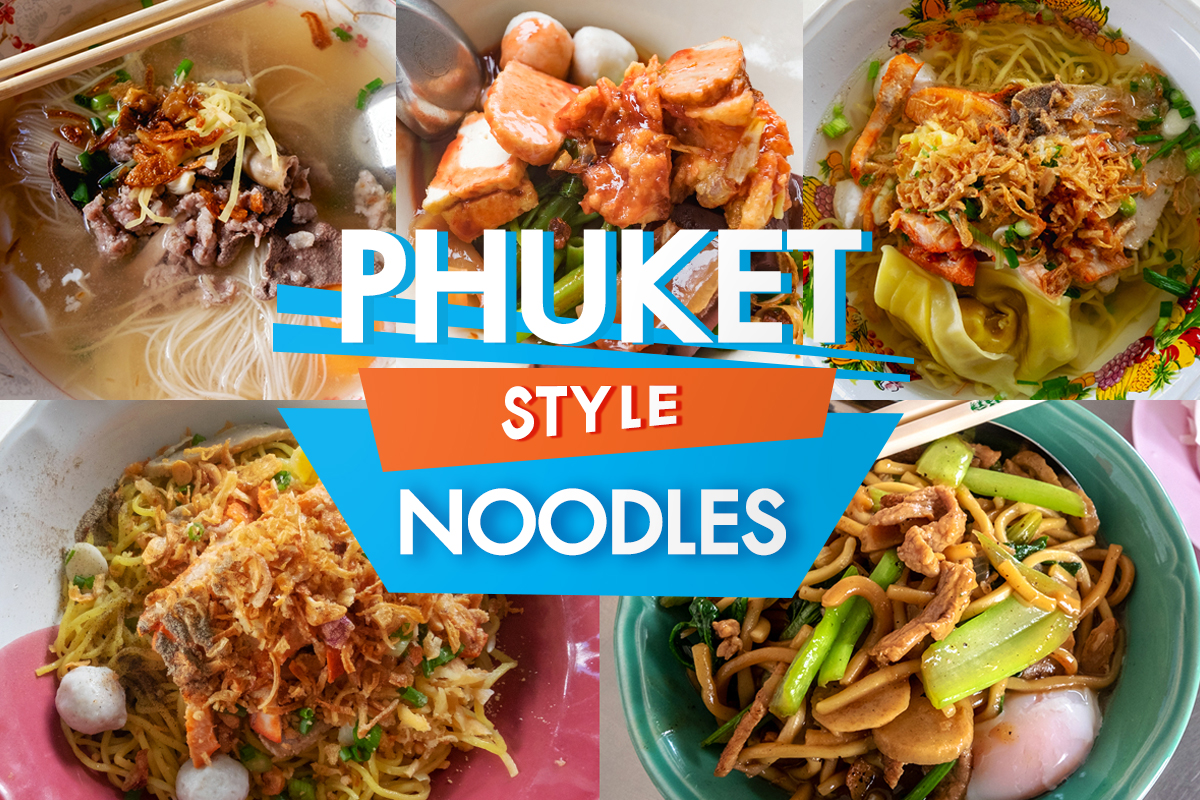 Some while back UNSCO announced Phuket to be a ‘city of gastronomy’ and this attracted people from around the world to visit Phuket as a food destination. Noodles are a typical Phuket dish and here are the top five noodle dishes on the island. 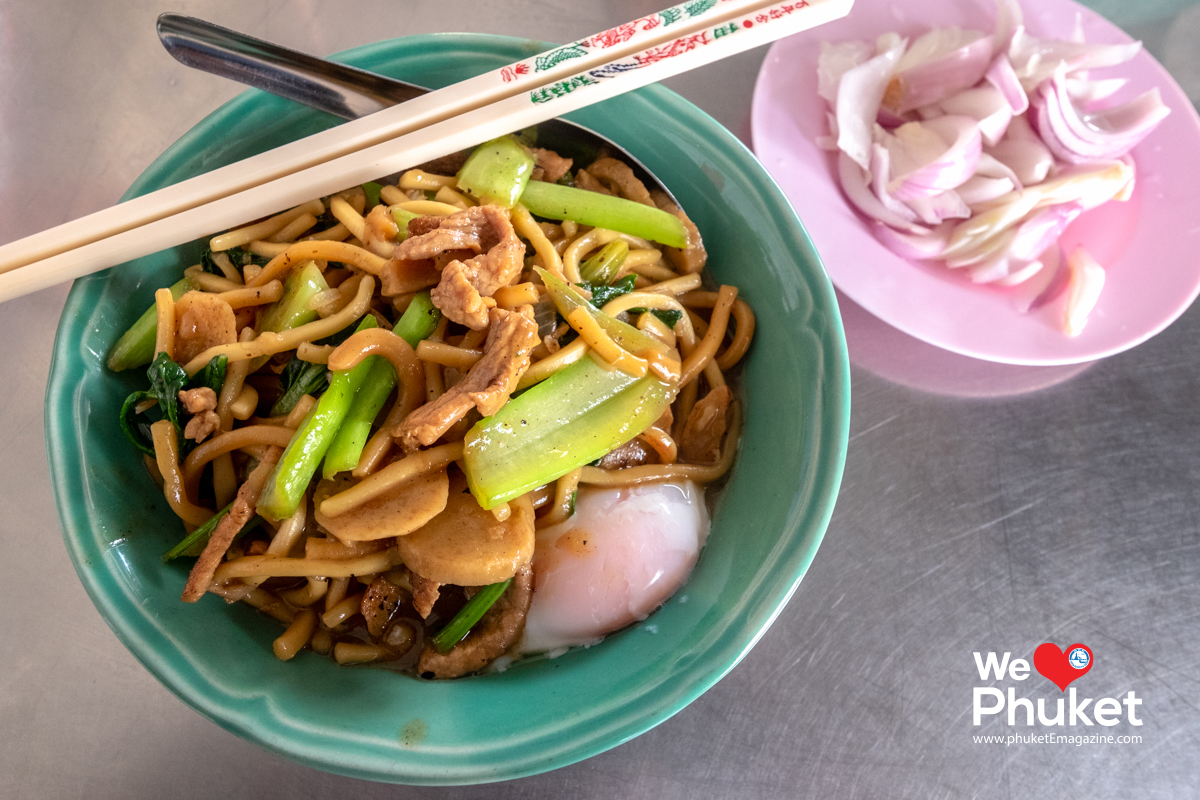 The number one recommended noodle dish which visitors must try, Mee Hokkien comprises round yellow flour noodles with a slightly salty taste. Mee Hokkien is usually stir fried with choy sum, pork, fish, squid, shrimp, and fish balls. The original uses small oysters as the main ingredient as well. Seasoned with soy sauce, the dish is sometimes served with an egg. Mee Hokkien also can be prepared with rice noodles. Some restaurants serve the dish dry stir fried while others add more water to it. 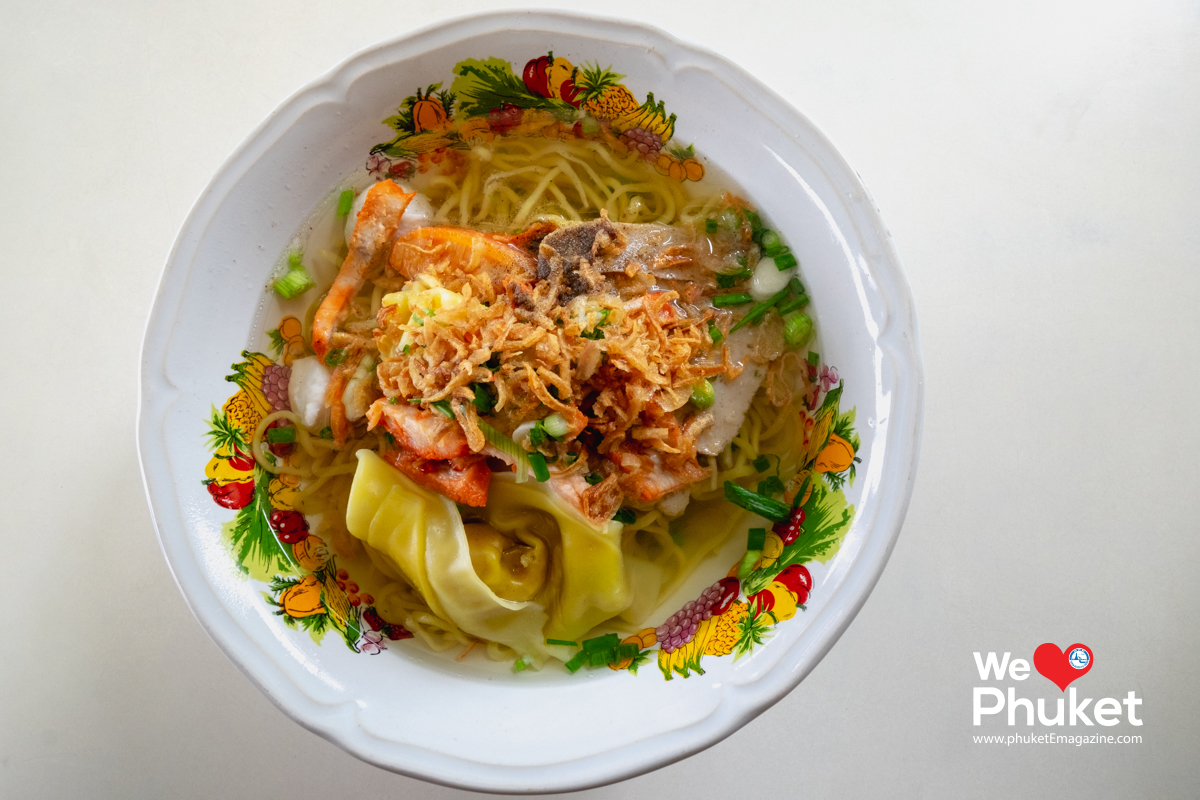 Another Hokkien-style noodle dish but served in soup. The broth is made from shrimp and pork bones and has its own unique natural sweetness. The soup is topped with fried shallots. Ingredients are shrimps, pork, choy sum, bean sprouts and morning glory. But if you prefer dry noodles, the soup can be served separately. You can also try other types of noodles such as small white rice noodles and egg noodles. Meesua or misua is a thin variety of salted noodles made from wheat flour. Locals usually have it for breakfast as this is not a heavy meal. Misua is usually served in hot soup with pork, liver, minced pork, and egg. Some people may prefer fish to pork. Before serving, add a dash of pepper and fried garlic. 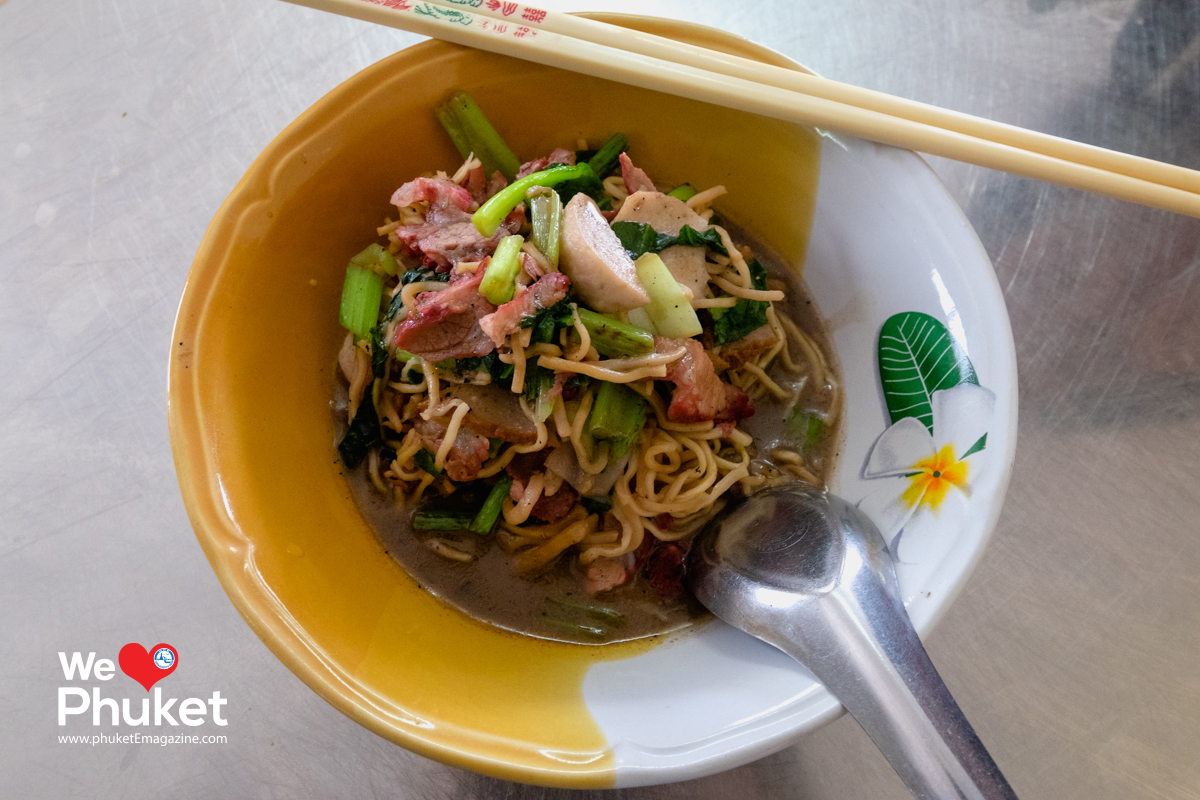 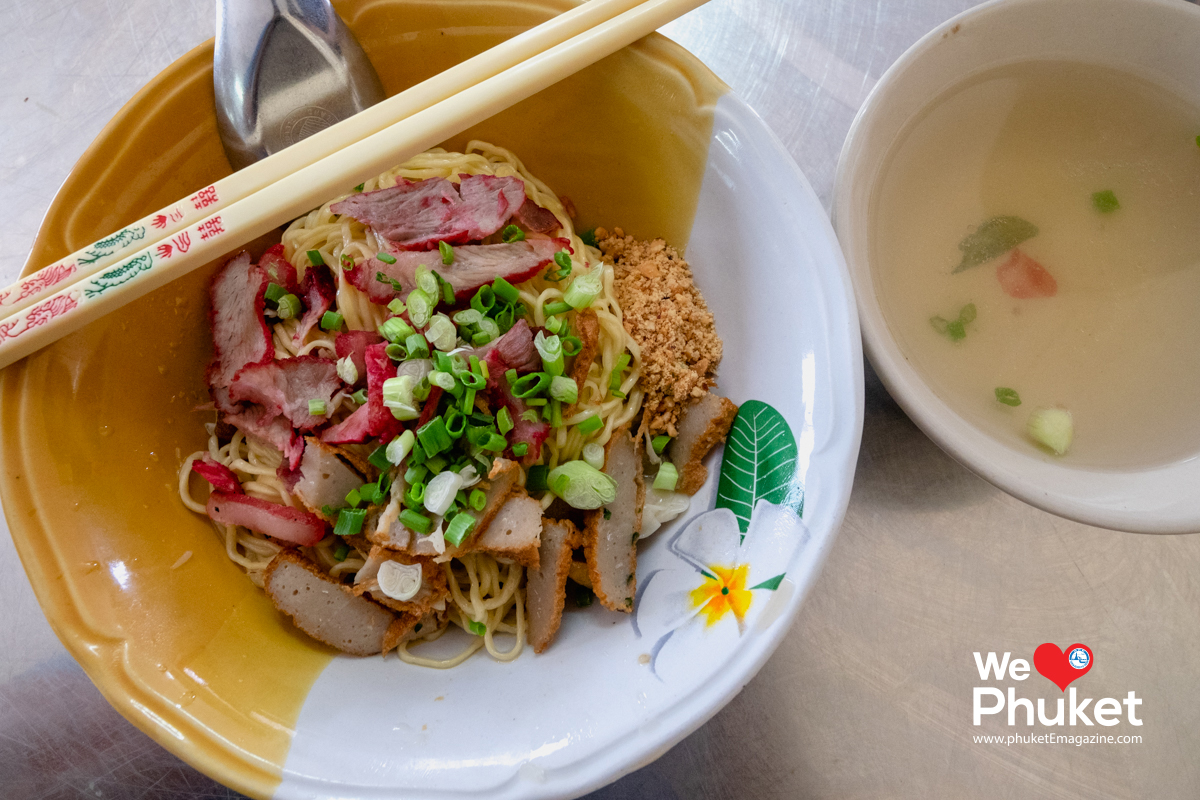 This Kwangtung recipe is from China and the main ingredients of this noodle dish are wheat flour mixed with egg. Boil and fry before serving, it smells heavenly. The chewy texture of the noodles plus choy sum, red pork and fish balls are served dry with some sauce, this dish is not easy to find nowadays but it sure tastes good. 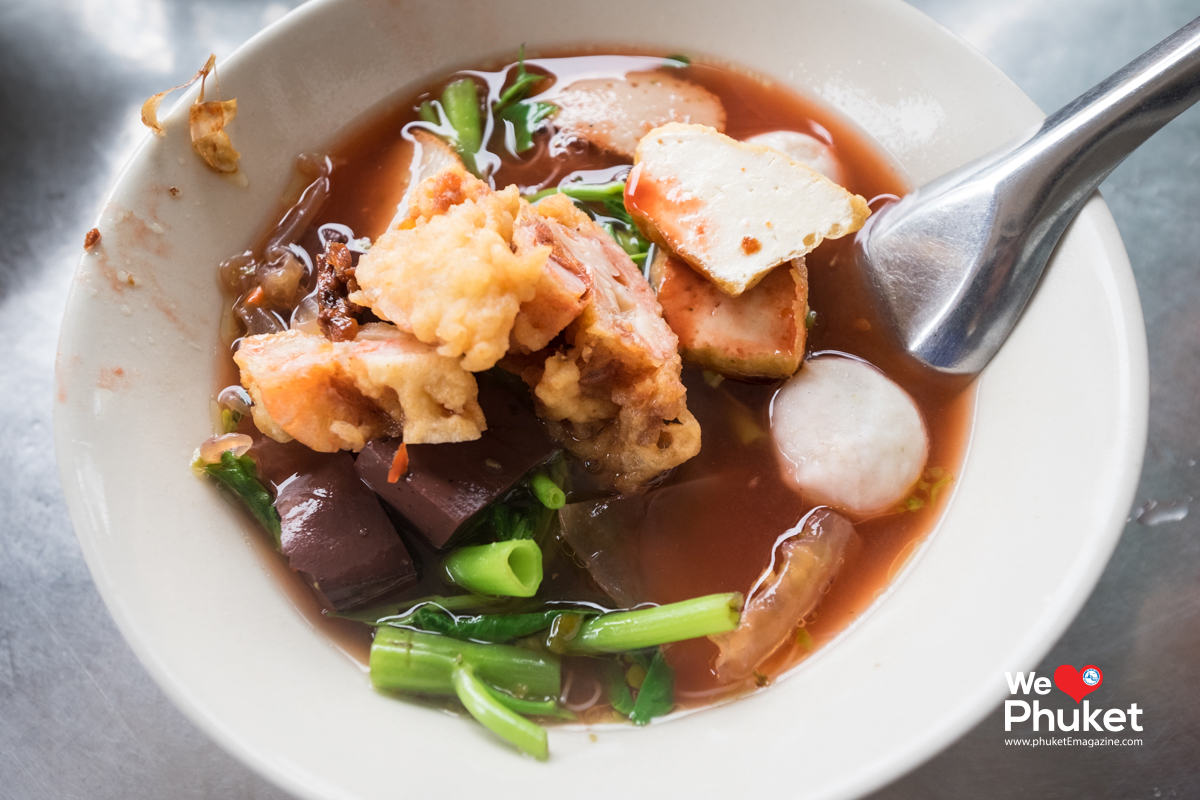 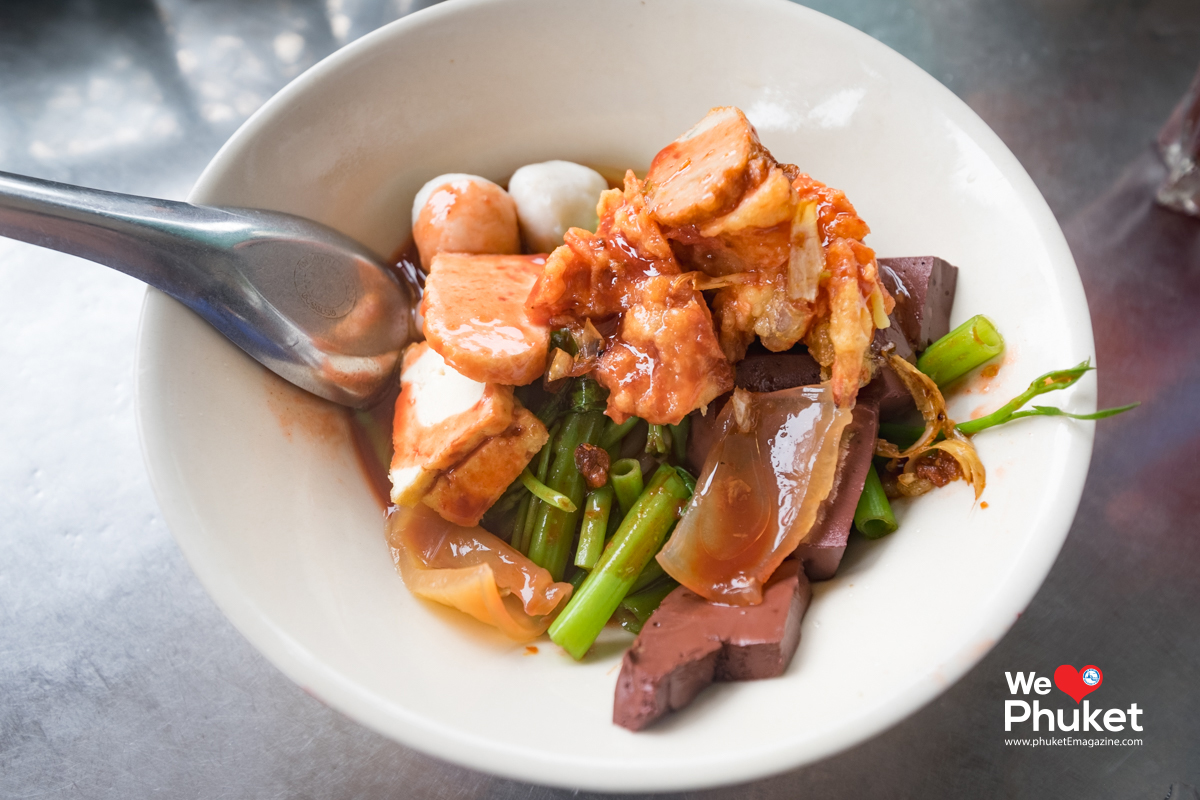 The original Phuket-style yen-ta-fo is different from other provinces’ versions in Thailand. The main difference is the ‘secret’ Tee-Jiew sauce with its salty and sour tangs unlike the usual sweet taste. The colour is darker red rather than the usual pink and the aroma of the sauce is outstanding. The ingredients are dried squid, fish balls, blood and morning glory with an additional topping of fried tofu.