Ang Mor Lao, a venerable downtown Sino-Portuguese mansion, is located at the Phuket District Office’s intersection on Yoawarat Road. if you drive through this colourful area you will perhaps notice that this large white building has been renovated and now welcomes diners at its Thai restaurant Kiew Kai Ka.

85 years ago, this mansion was owned by a Phuket millionaire who’d made his fortune in tin mining. This building was designed and constructed by architects from Penang and used reinforced concrete. There are two floors. The ground floor has a living room and bedrooms. The second floor has bedrooms with balconies. Above the front door and the windows of the second floor, there are half circled carved wood clerestories along with goat images, and a  picture of chicken which represents the owner’s Chinese zodiac sign. In the backyard, there is a connecting walkway to another building which also features a large balcony on its second floor. The house is surrounded by trees and beautifully designed gardens. 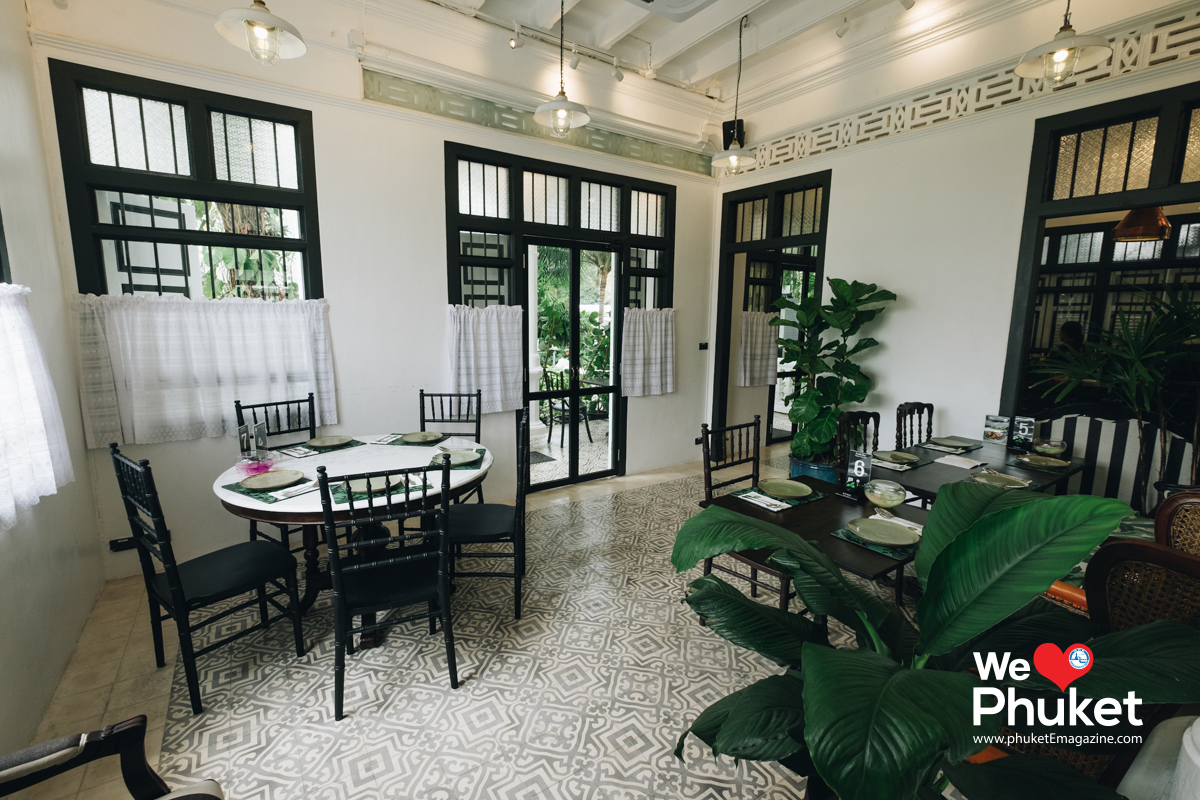 Every single detail in this house, from the elegant statues, the window frames, to the tiles and wooden floors, still retains its same sense of luxury it had almost 100 years ago when it was built. This is one of the reasons why the owners of Kiew Kai Ka decided to open a new branch here and to preserve the architectural and environmental integrity of this house as the owner intended it to be. 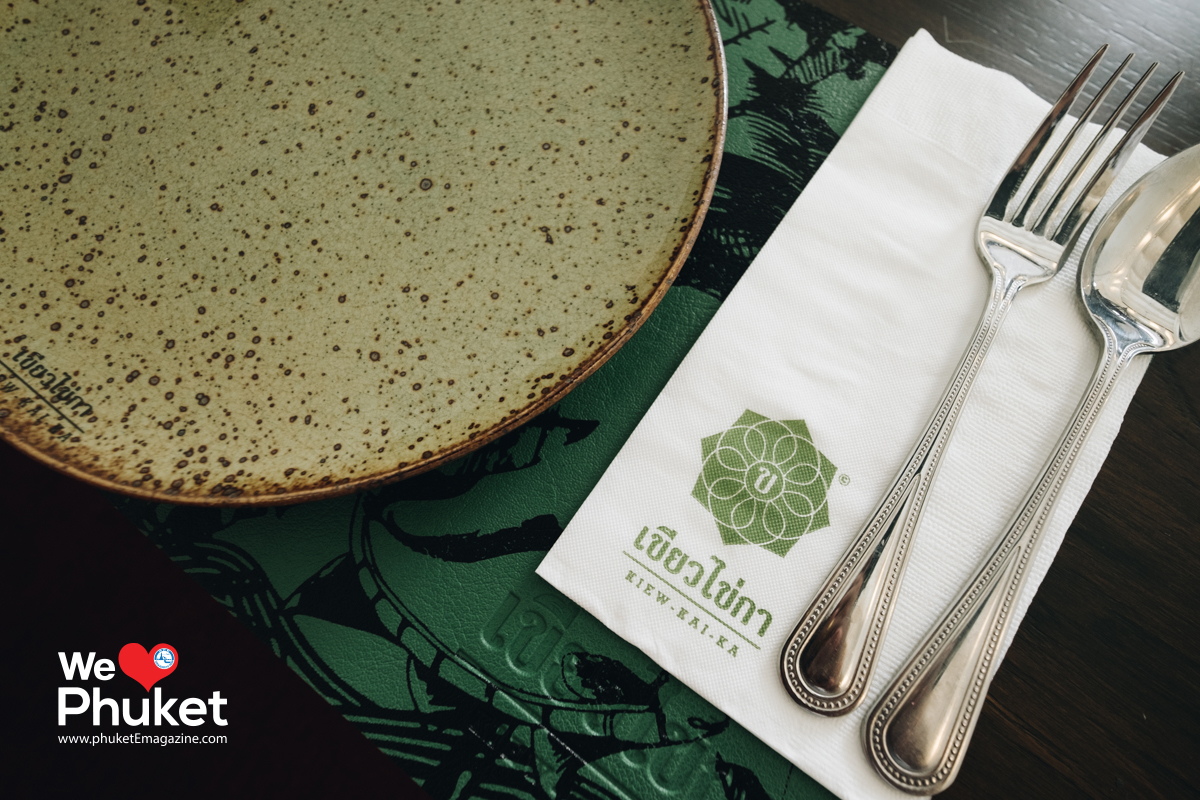 Kiew Kai Ka is very well-known by local gourmets for serving great Thai cuisine especially ancient royal Thai dishes. Kiew Kai Ka presently has several branches consisting of Naknivas (Ladprao), Asok, Chiang Mai, and the new branch; Phuket which has been open since April of this year. The Phuket branch keeps to the main concept of Kiew Kai Ka, which is to serve royal Thai cuisine along with the local cuisine of each branch’s area.

Firstly, Kaeng Ped Yang Kab Ponlamai (Red Curry Roasted Duck served with fruit). This is mixed fruit for adding to the sweet taste of curry and juicy meat. Also, this dish is in the recommended list of the Michelin Guide

Fifthly, Nam Prik Khai Poo (Crab Relish Served with Crispy Gourami Fish and Vegetables). If you love tomalley crab with a mild spicy taste, this plate is for you. 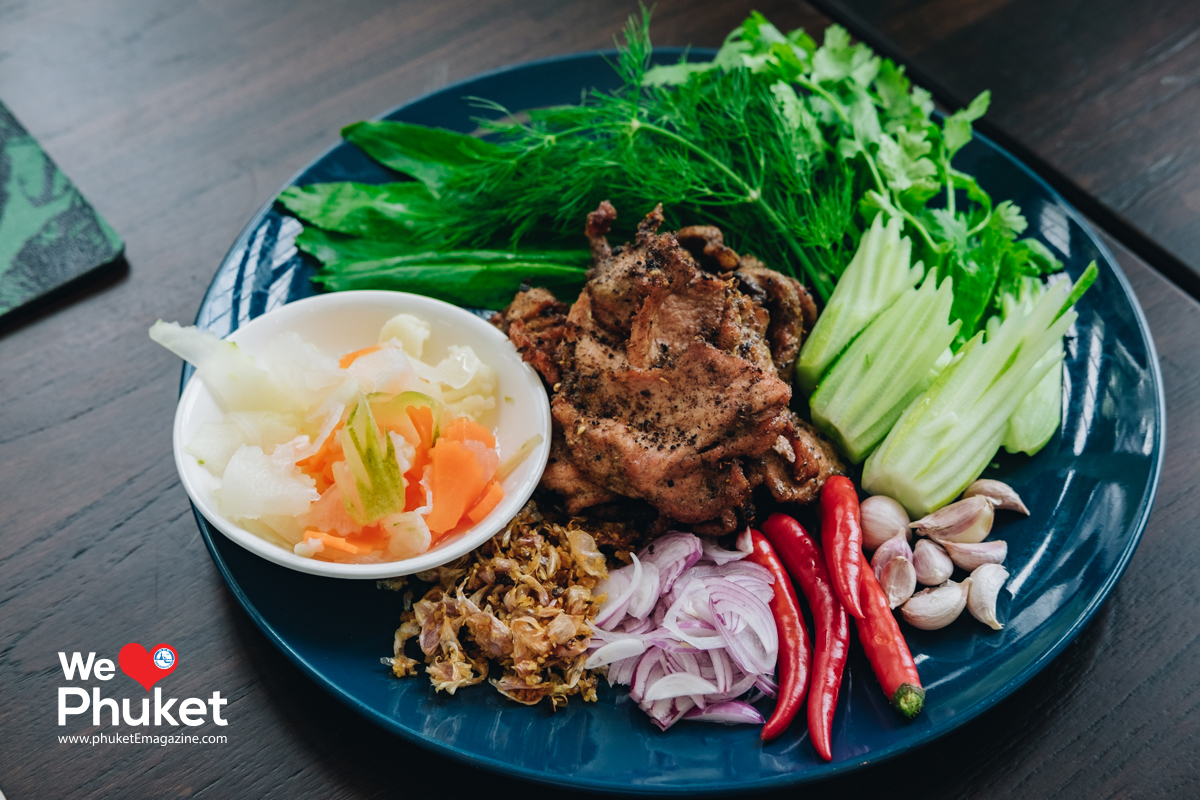 Time for dessert! We must say that Som Chun (Tropical fruit in scented syrup) is one of Thailand’s most well-known desserts as it was mentioned in the famous Thai poem written by His Majesty King Rama II named ‘Verse of Food and Dessert’. Som Chun is a combination of lychee, mango, ginger and fried garlic in syrup. It sounds good, doesn’t it? 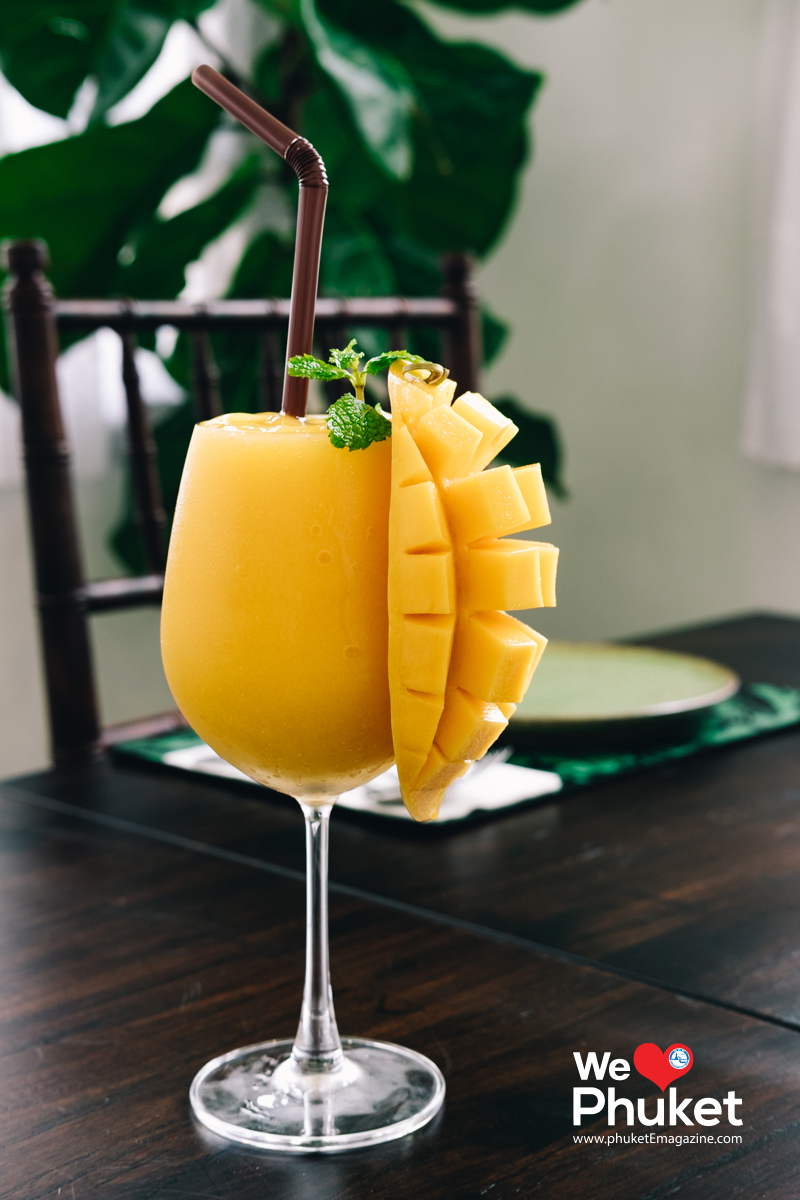 There’s plenty of space in which to relax and dine on both floors and the restaurant is planning to set up an area for events and private dining.
Kiew Kai Ka, Phuket branch. Open daily 11.00 – 22.00 hrs. For reservations please call: 076-609266 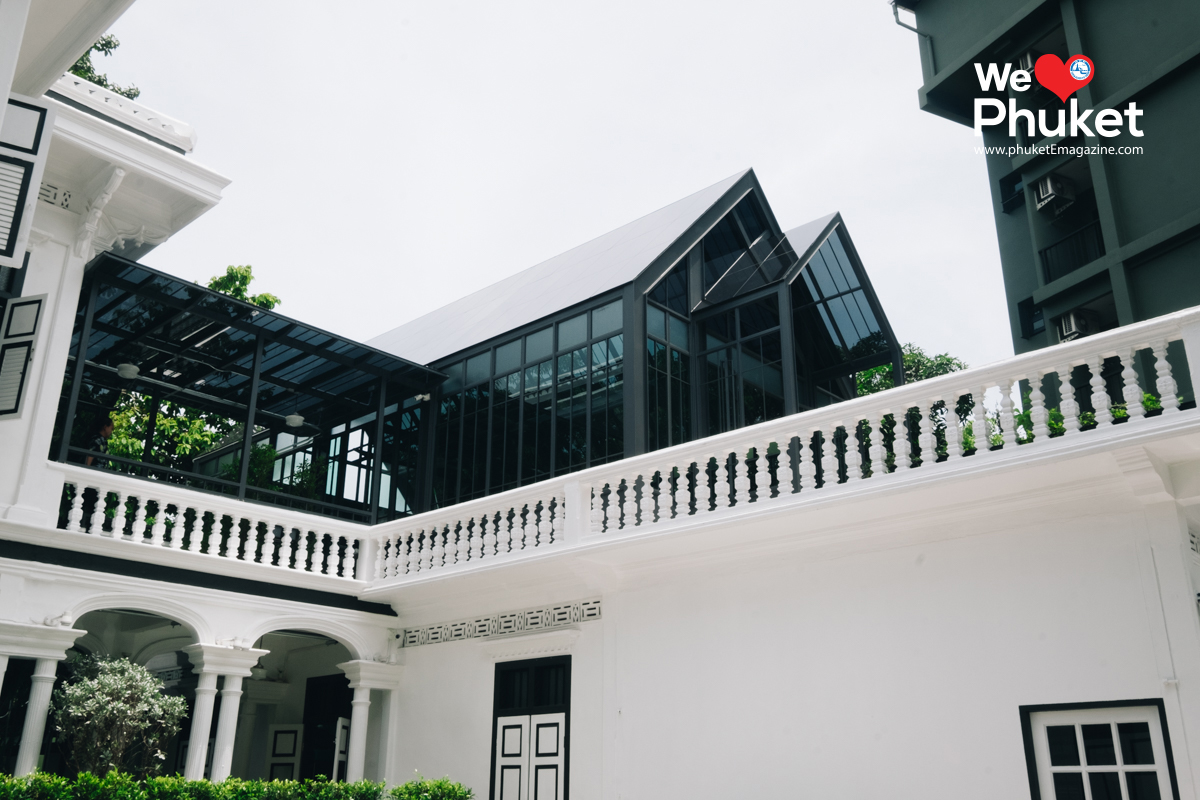