When talking about Phuket Old Town, most people immediately think of Thalang Road. But the truth is there’s more to Phuket Town than that. One of the recommended roads in Phuket Town to explore beside Thalang Road is Dibuk Road. It runs parallel to Thalang and Krabi roads and features Sino-colonial architecture along both sides of the road.

In the past, Thalang Road used to be a business area and Dibuk Road the residence of wealthy Chinese people. During the tin mining era the name was given to the road, (‘dibuk’ is ‘tin’ in Thai). The overall atmosphere is charming and it attracts tourists, so let’s explore it!

Let’s start with the Thepkasattri Road intersection, with the legendary Tai Zun Aun – the last blacksmith shop in Phuket. During the tin mining era, the road had many blacksmiths but as the mining gradually ended they closed down one by one. 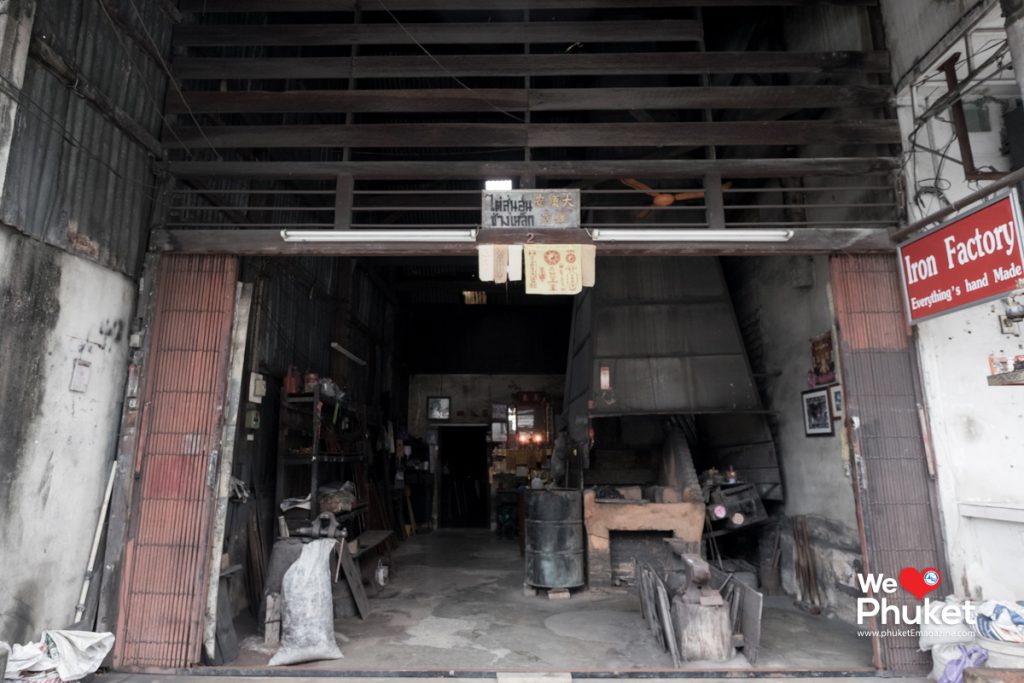 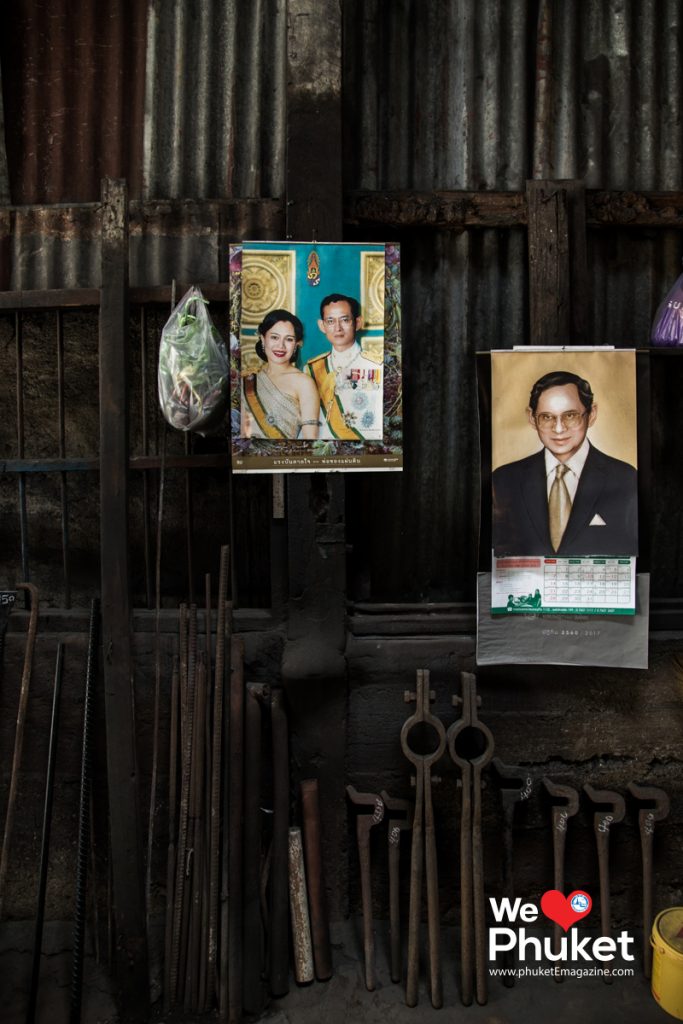 Wat Mongkol Nimit or Mongkol Nimit Temple is a Royal temple built in 1880. The building is registered as an archaeological site. Sino-colonial influence can be noted here. 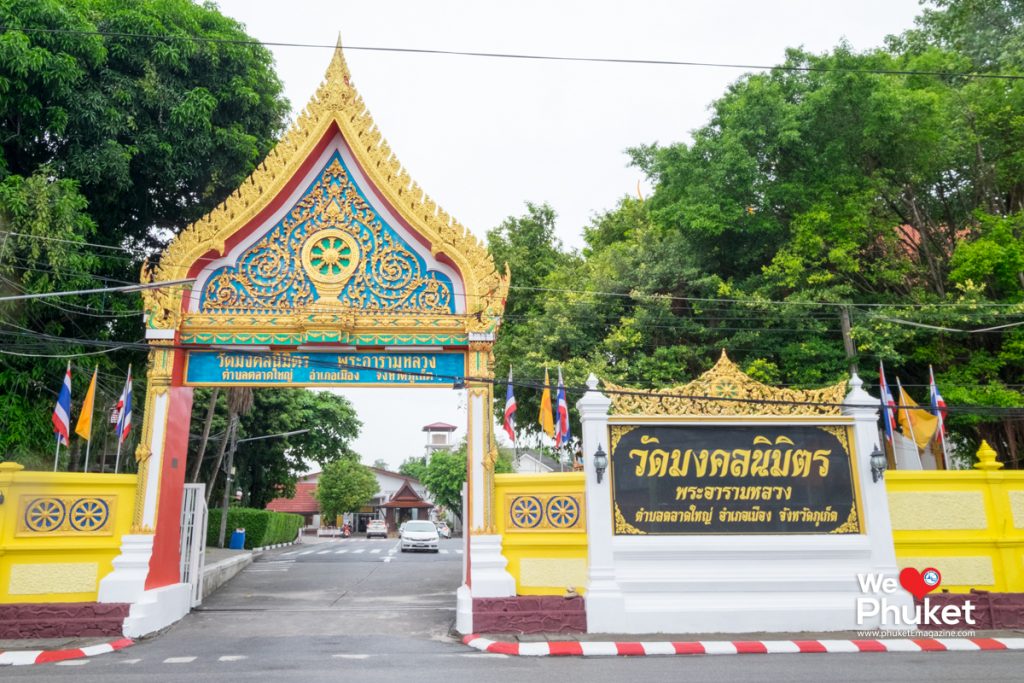 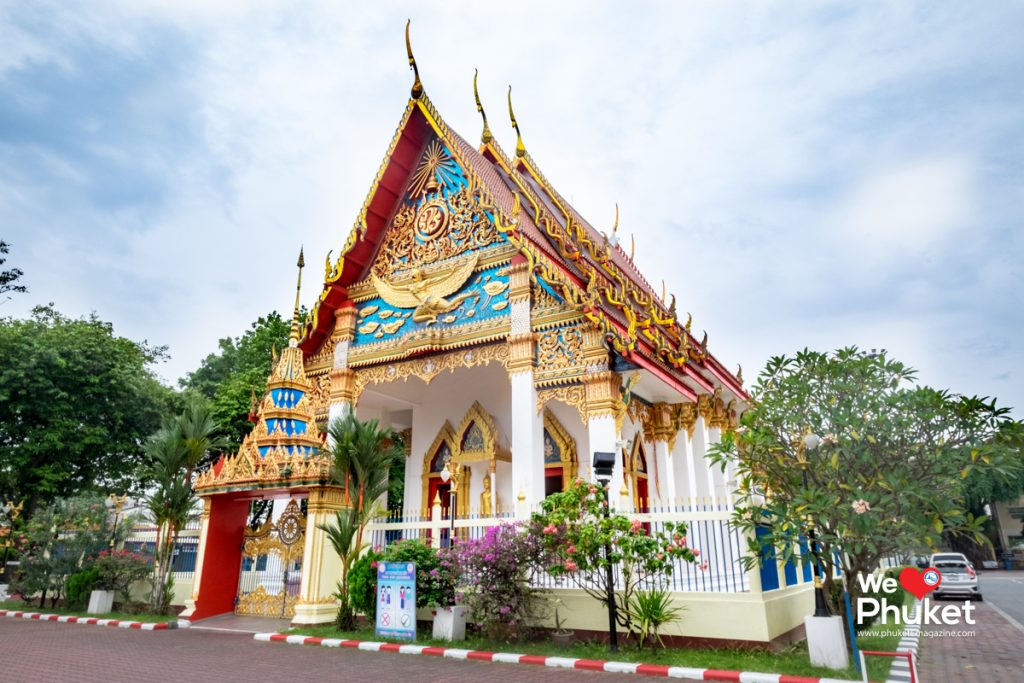 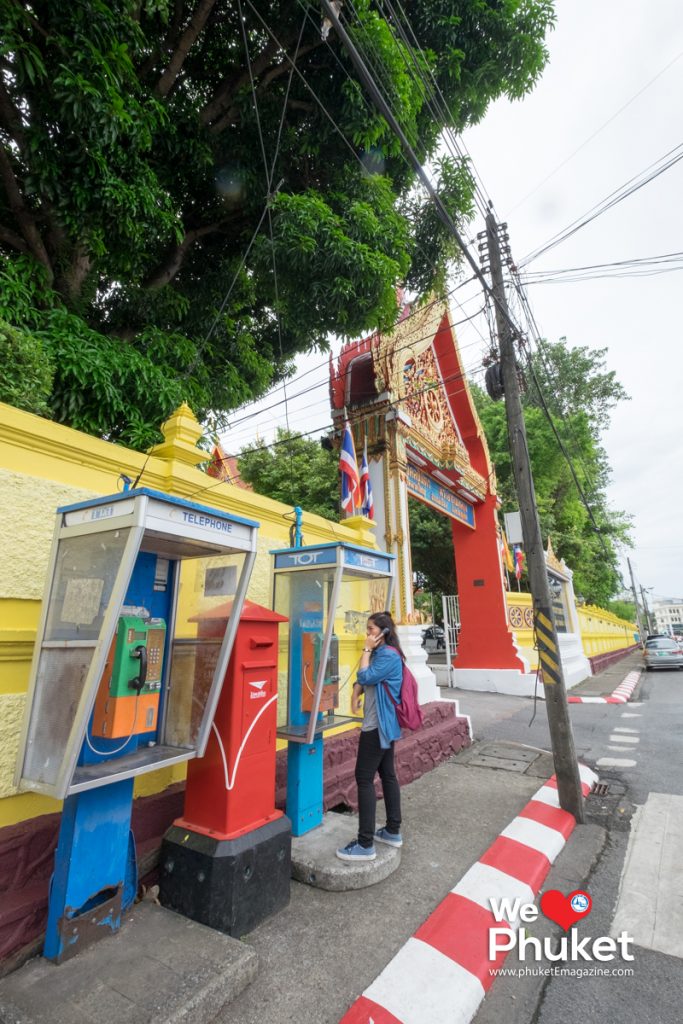 Song Tek Building or Thai Hua Club is another old building located on Dibuk Road. This was one of the first schools in Phuket and was known as ‘Song Tek’. These days, the Hokkien association has renovated it to become the Thai Hua Hokkien club. 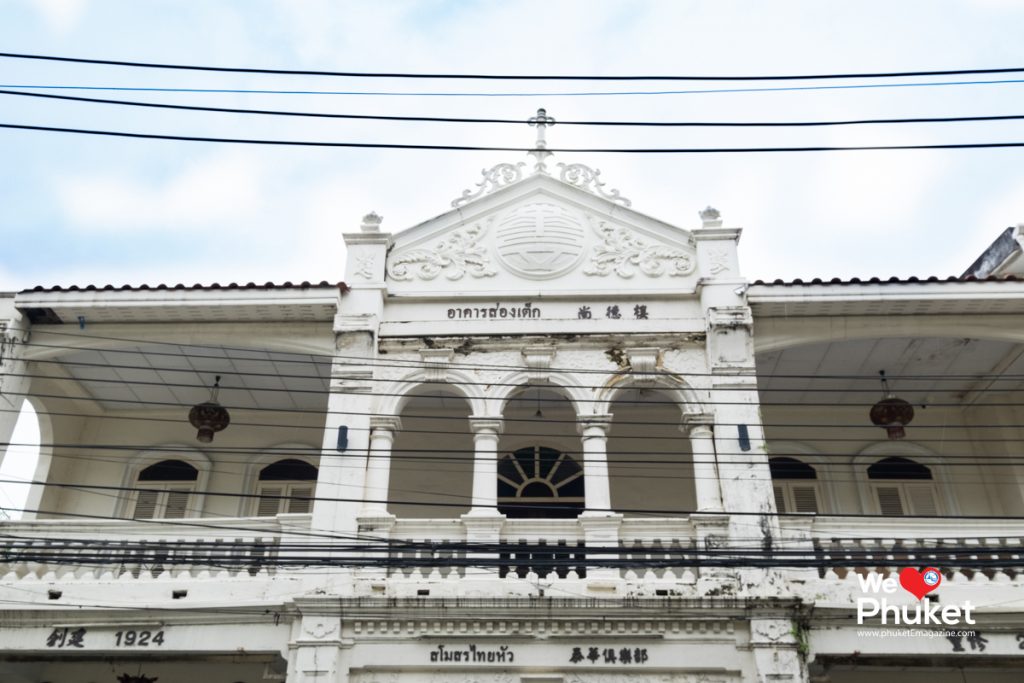 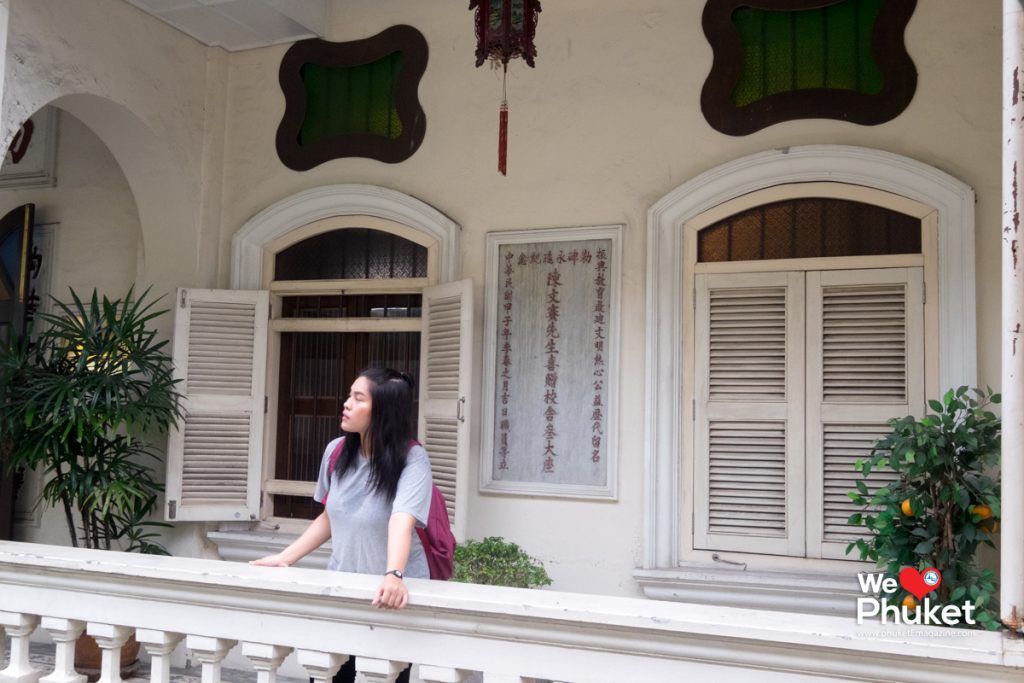 There are images of King Rama 9 in the form of street art on the walls of buildings located along Dibuk intersections. Groups of young artists in Phuket created these beautiful paintings for of His Majesty the King. This location is popular among tourists. 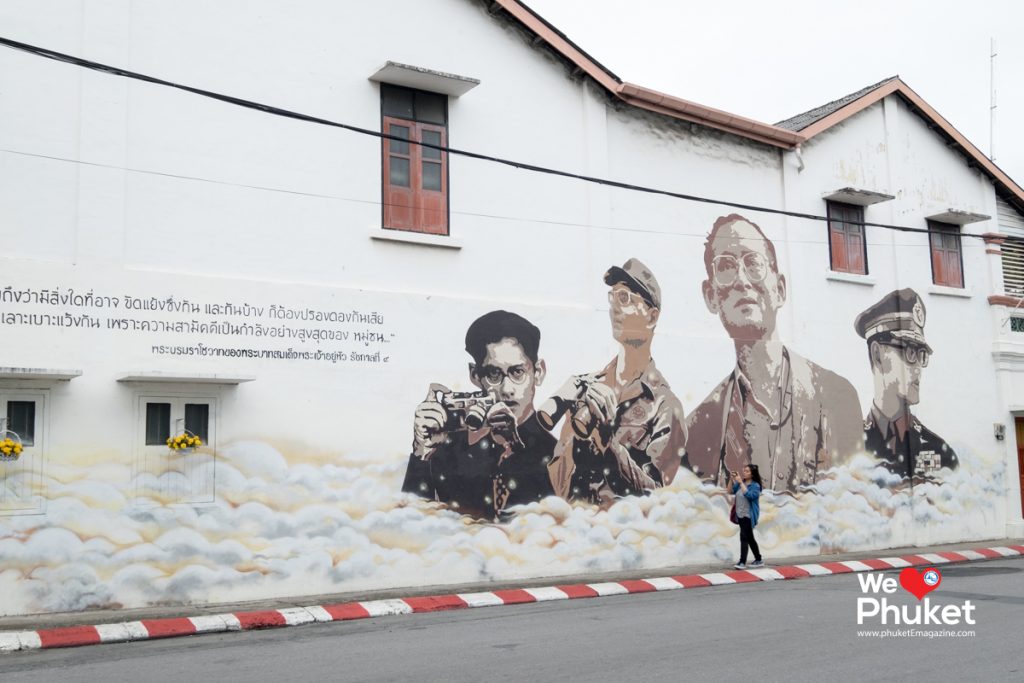 The Dibuk Intersection is also one of the most popular locations in Phuket Town. It has many old buildings on every corner and the traffic is light at night – it’s a good place to take sunset photos. 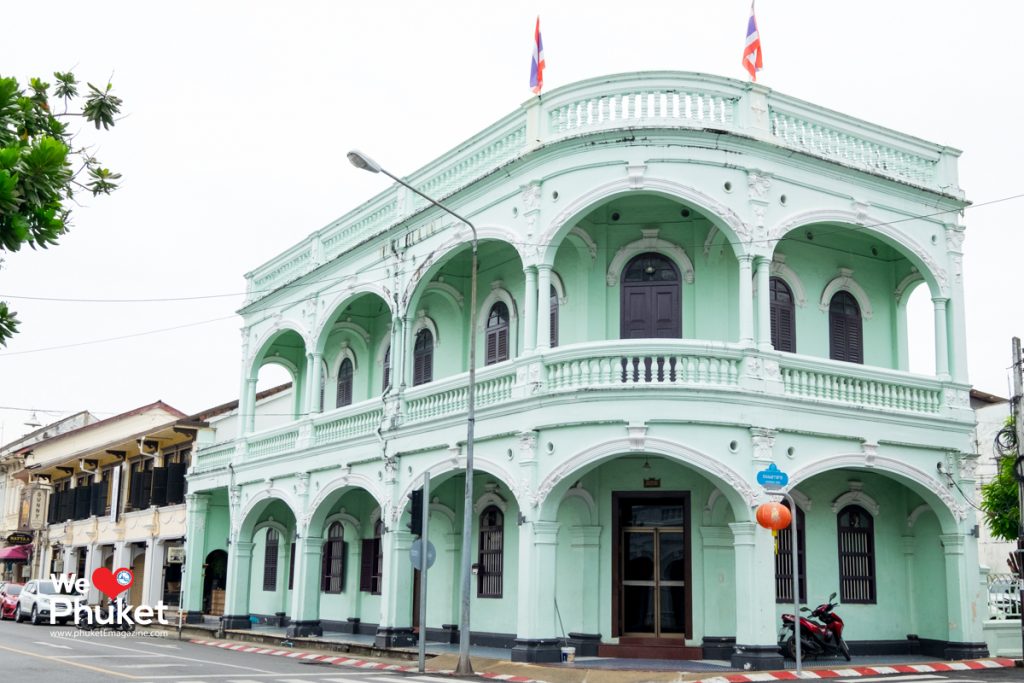 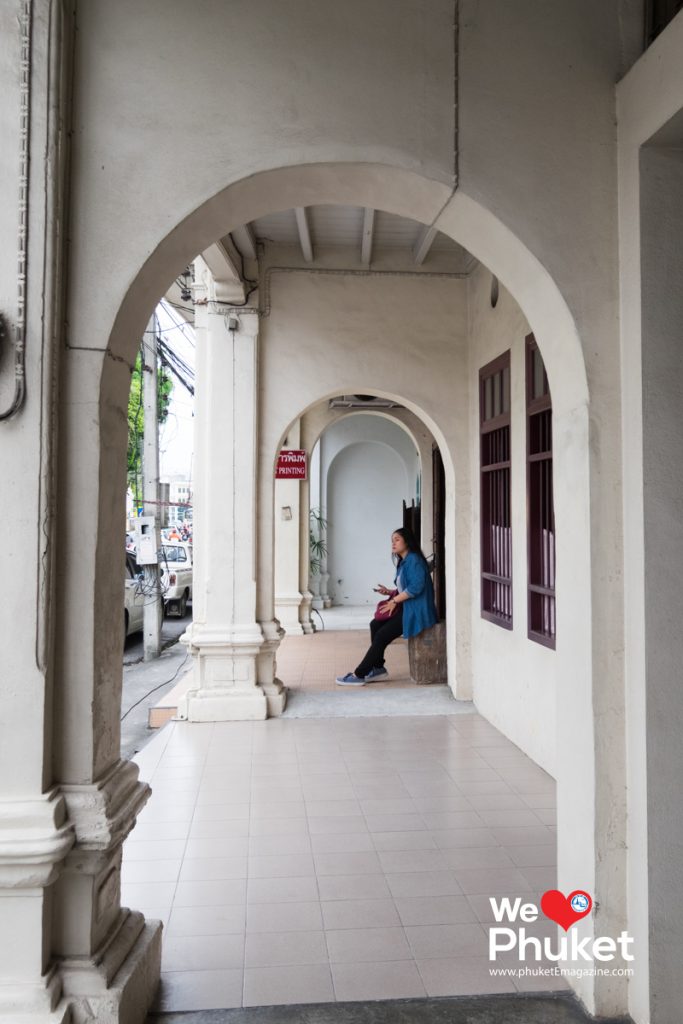 Bike Café – walk upwards from the Dibuk intersection and on the left-hand side of the road, you will find a bike shop. If you walk in you’ll see that this is not only just a bike shop but also a café and a great place where riders can meet. The owner Mr. Ta gives a really warm welcome in this great spot for relaxing after exploring the area. Mr. Ta is very friendly and he is willing to recommend bike routes for tourists or locals who are interested to join the bicycle community and to make a bike trip around Phuket Island.
https://www.facebook.com/BikeCafePhuket/ 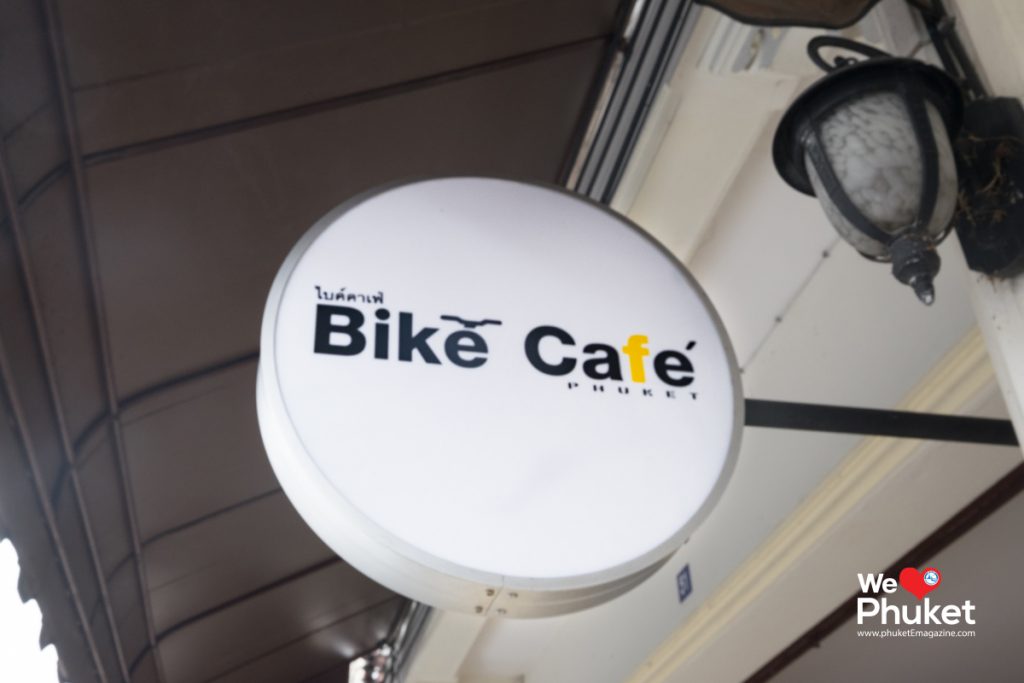 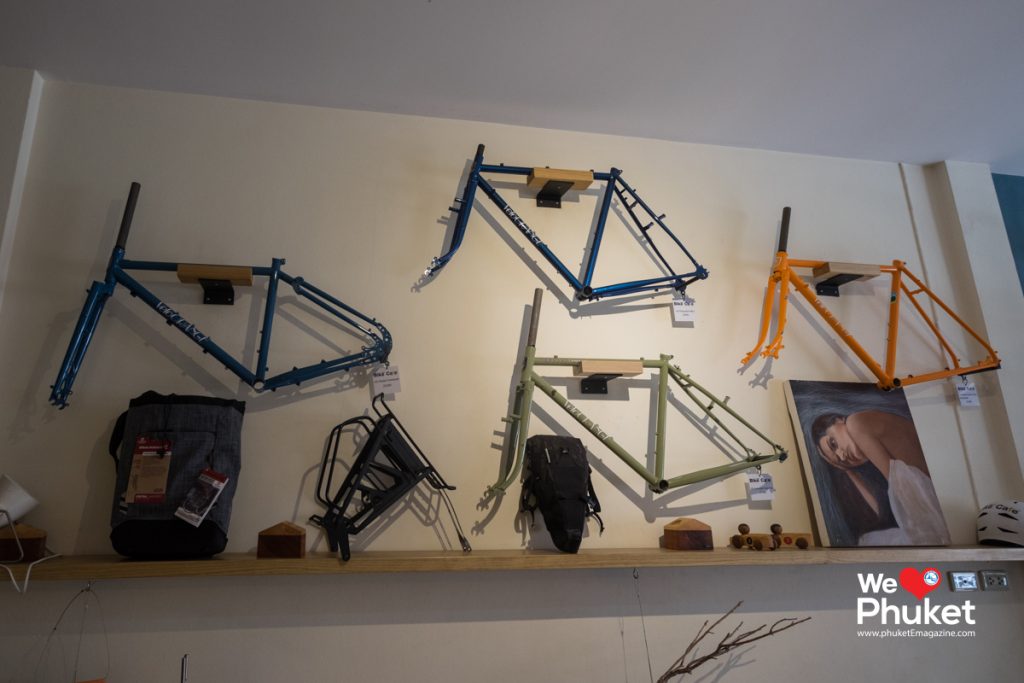 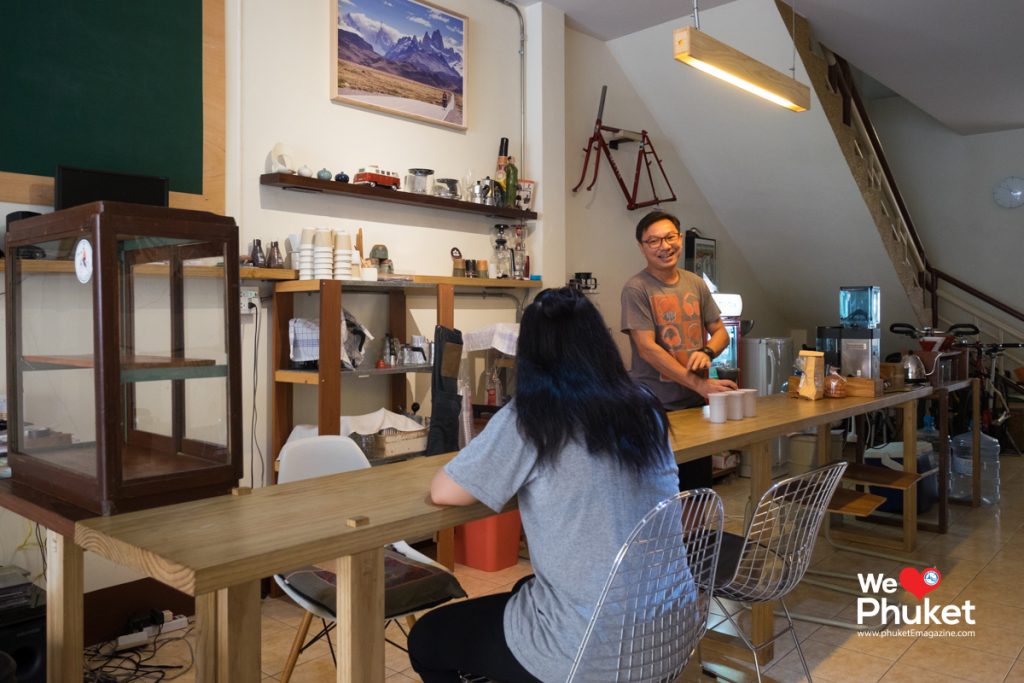 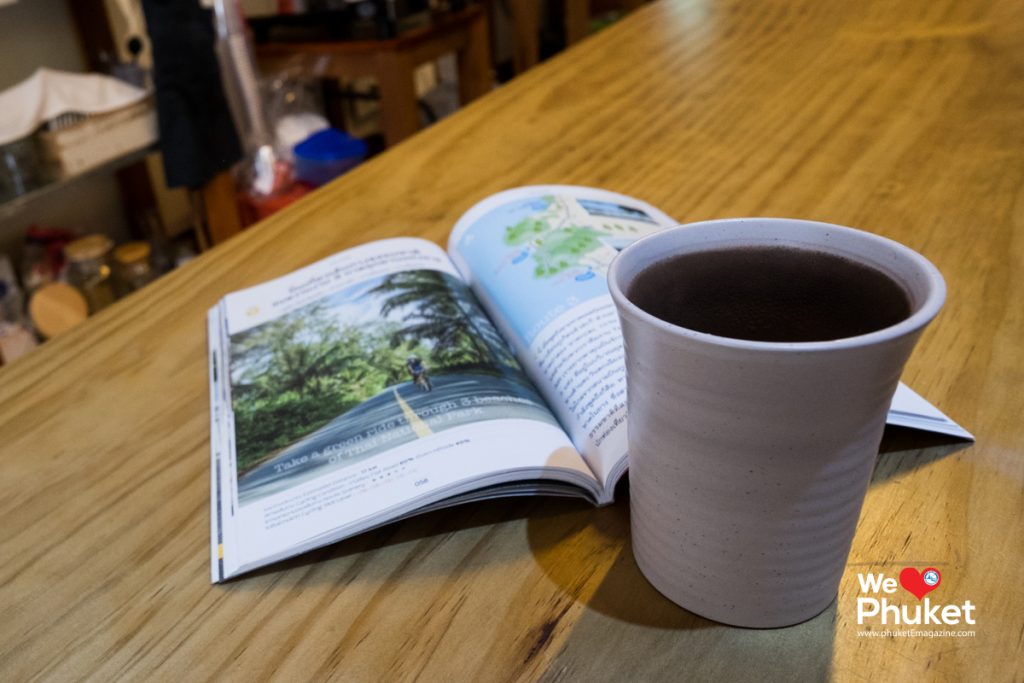 Phuket Local Desserts – There are two local shops selling local desserts on Dibuk Road; the first is a ‘no name’ shop on the left and the second, R Tuk Kae on the right-hand side of the road. 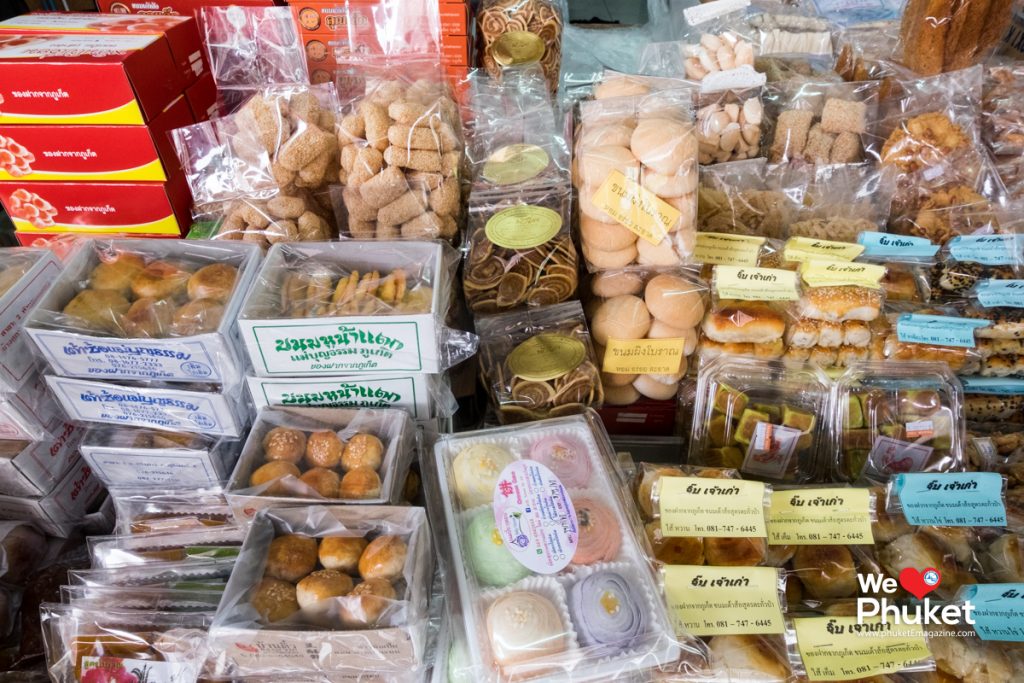 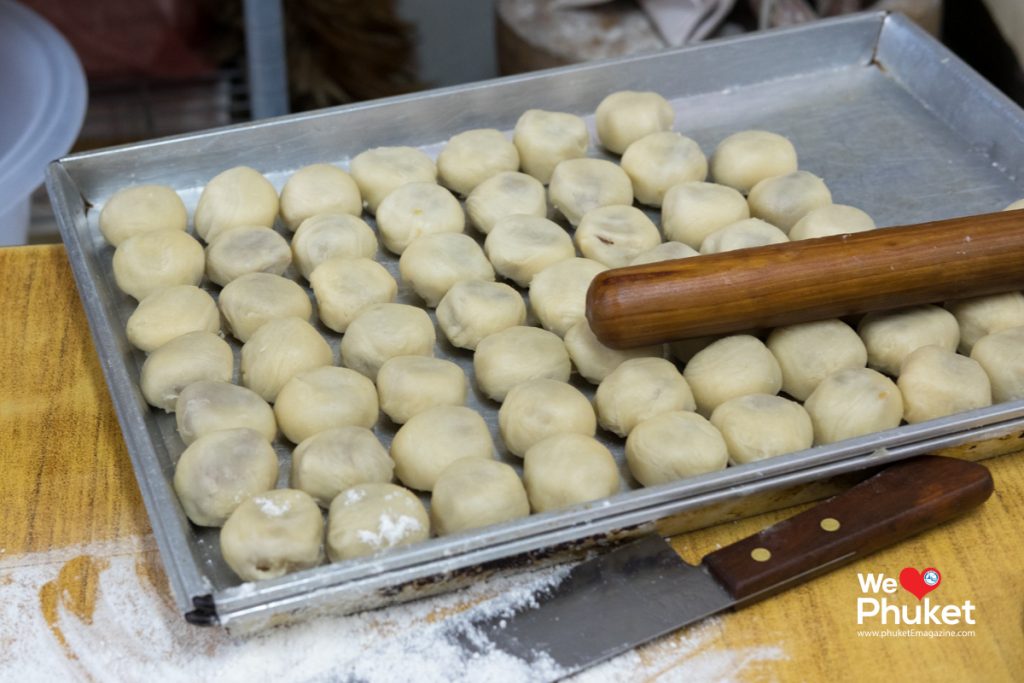 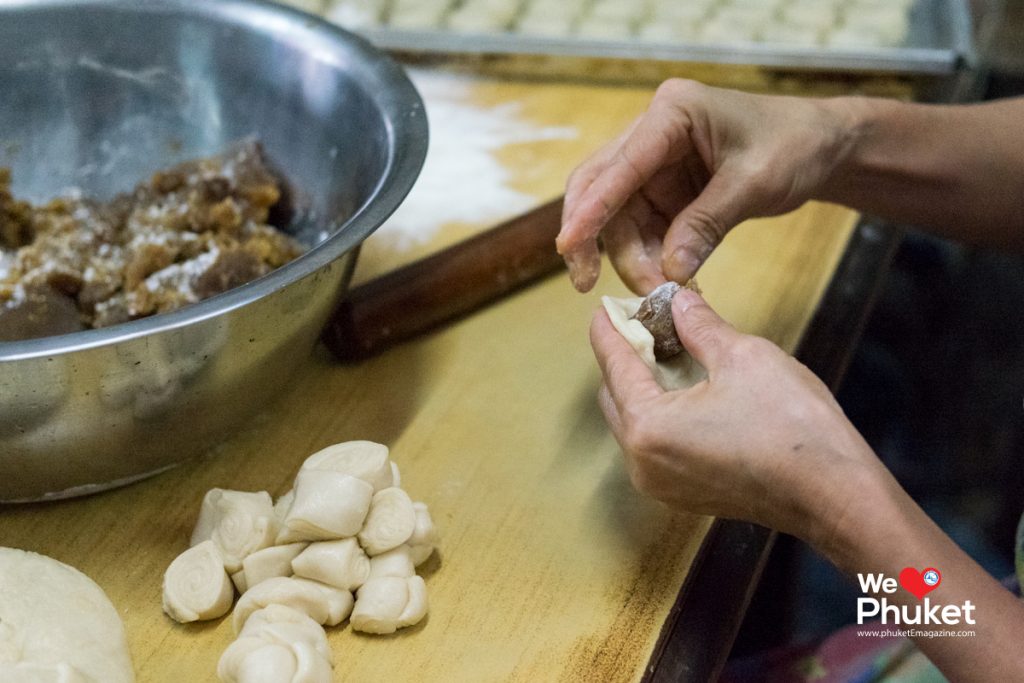 Tiem Chu or Local Colourful Shop-Houses. These Dibuk Road Tiem Chu are a bit different from those on Thalang Road. They have different facades because the buildings in this area were designed for residential purposes but some buildings have been renovated to become shops, coffee shops and restaurants. For example Dibuk Restaurant serving both Thai and French dishes and Royal Pennae Floris with its beautiful interior with colonial decoration inside. When you enter, the aroma of the fresh flowers is almost overpowering. 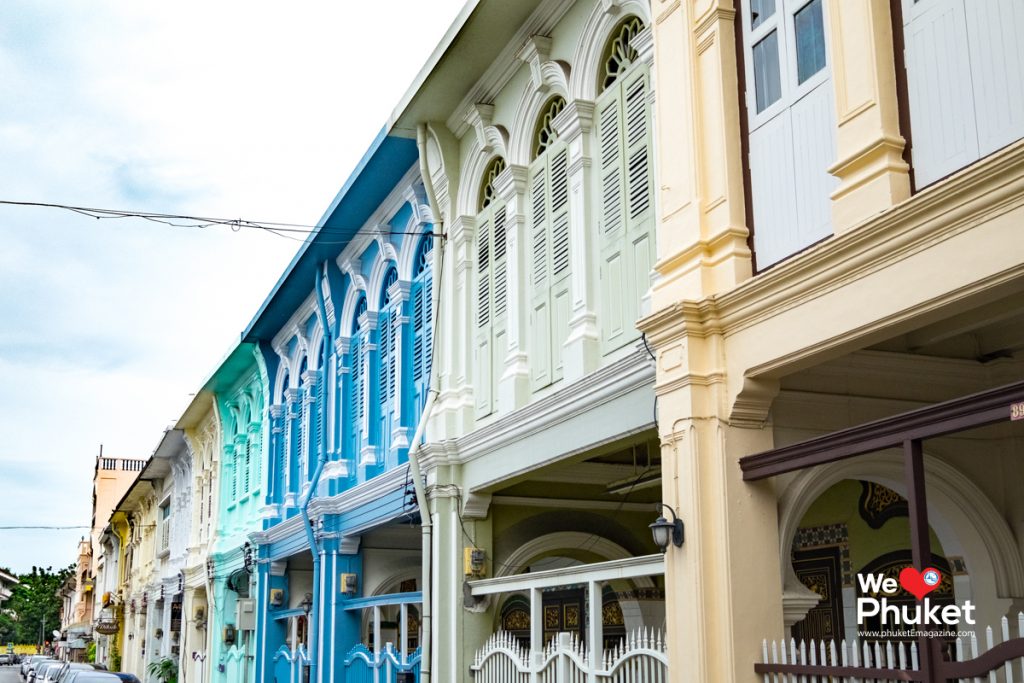 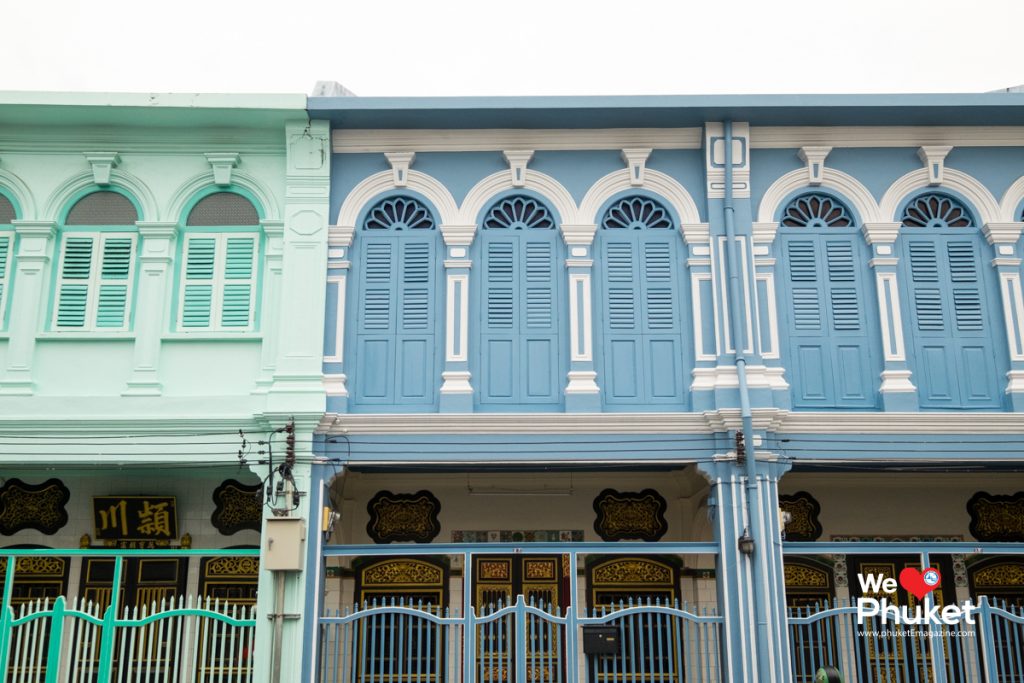 Yen Ta Fo Sam Pee Nong or local noodles restaurant.  If you’ve already walk more than halfway along Dibuk Road you must be tired and hungry. So don’t forget to stop at Yen Ta Fo Sam Pee Nong. I really recommend these Phuketian-style Yen To Fo noodles. The thick pink colour of the sauce makes it outstanding when compared to other Yen To Ko noodle elsewhere in Thailand. Special toppings such as fried shrimps and tofu make them different. 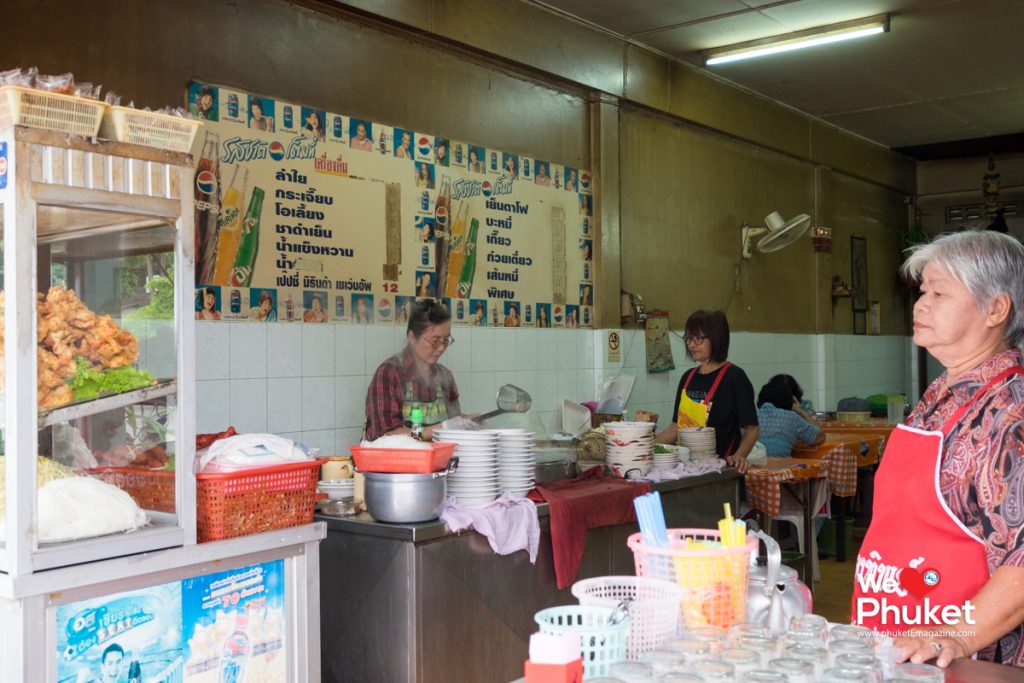 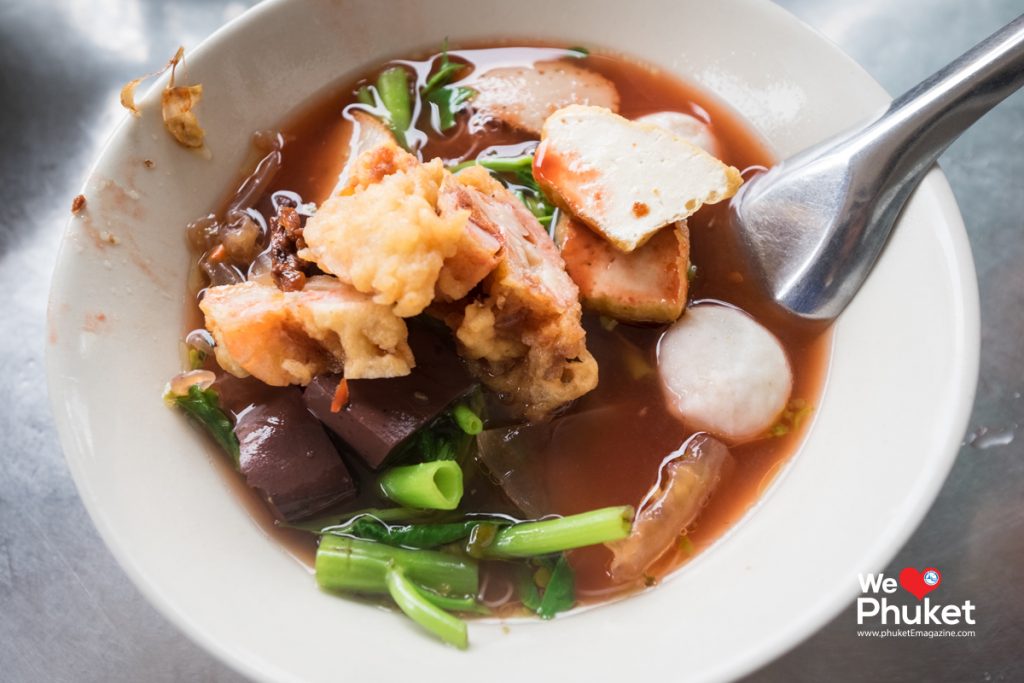 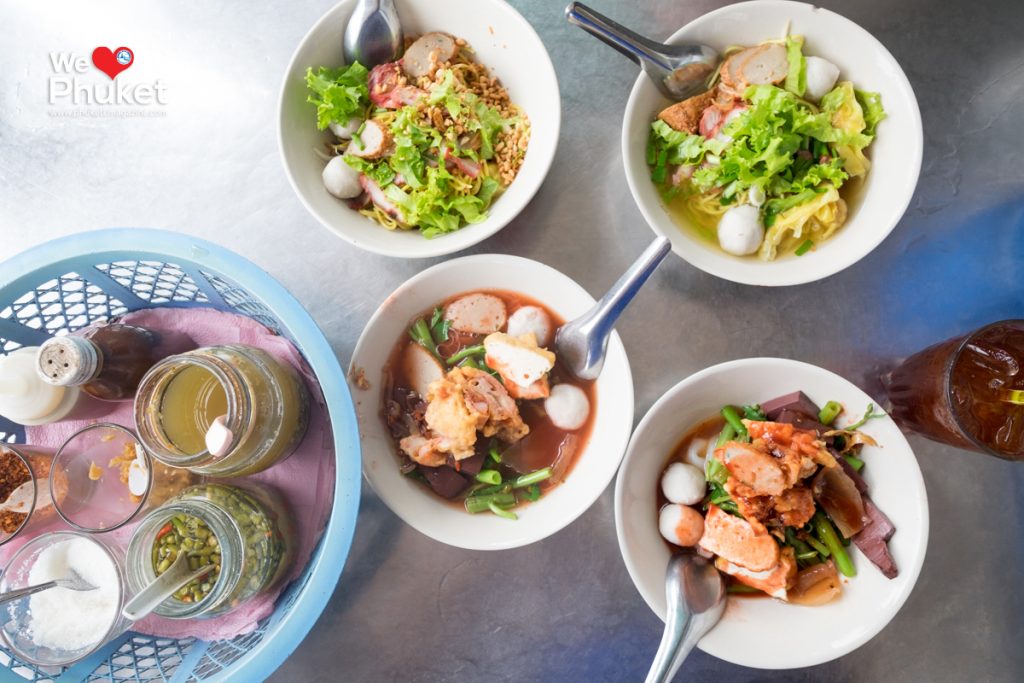 Tantitium Restaurant Try this classic luxury restaurant – we recommend the place. This is not only a restaurant but also a café and spa. The building has been renovated and its décor is in modern Sino-colonial style. The restaurant provides an extensive menu of fusion food, good quality coffee, agreeable music and a spa, as well as a corner for photographing. 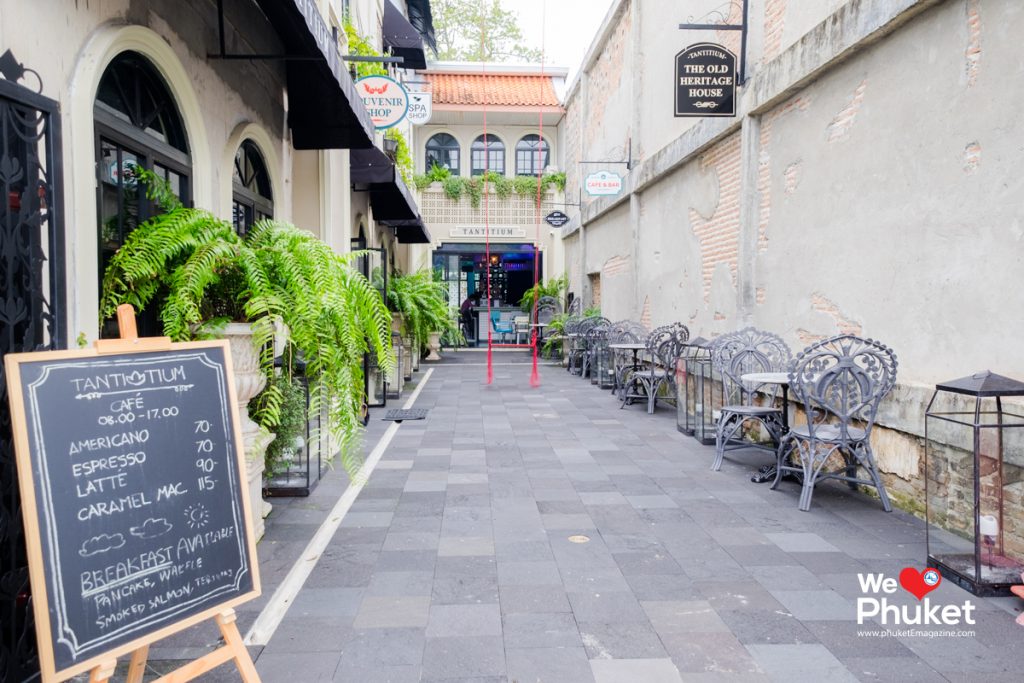 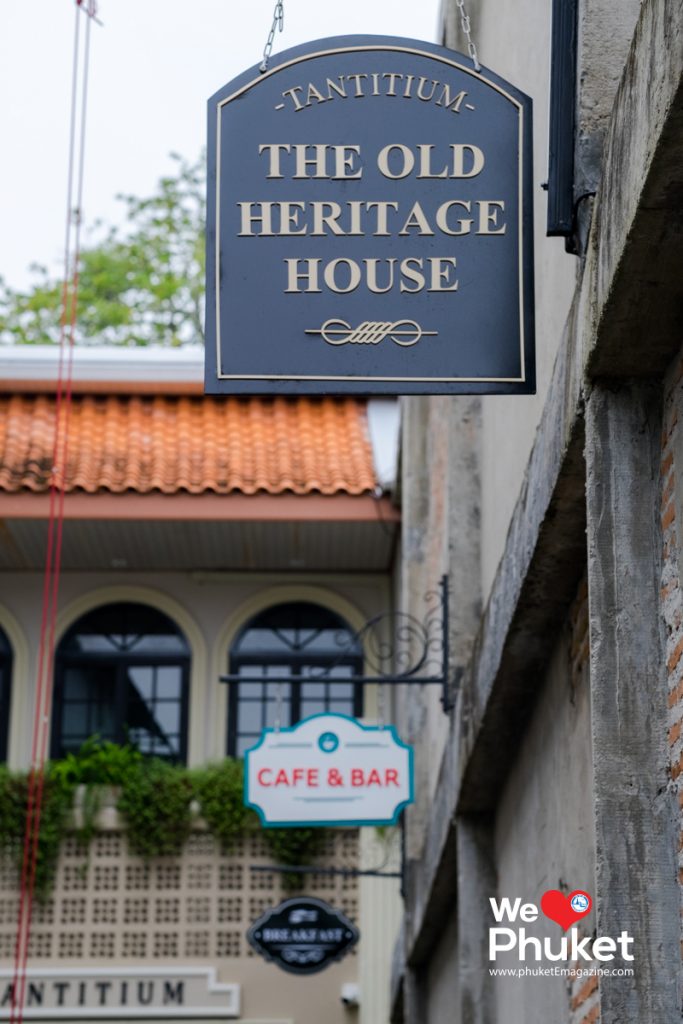 The Shelter Coffee – Don’t forget to step in this coffee shop for a glass of coffee just opposite Tantitium restaurant. The owner was a Thai champion barista before, which is why this café is recommended. 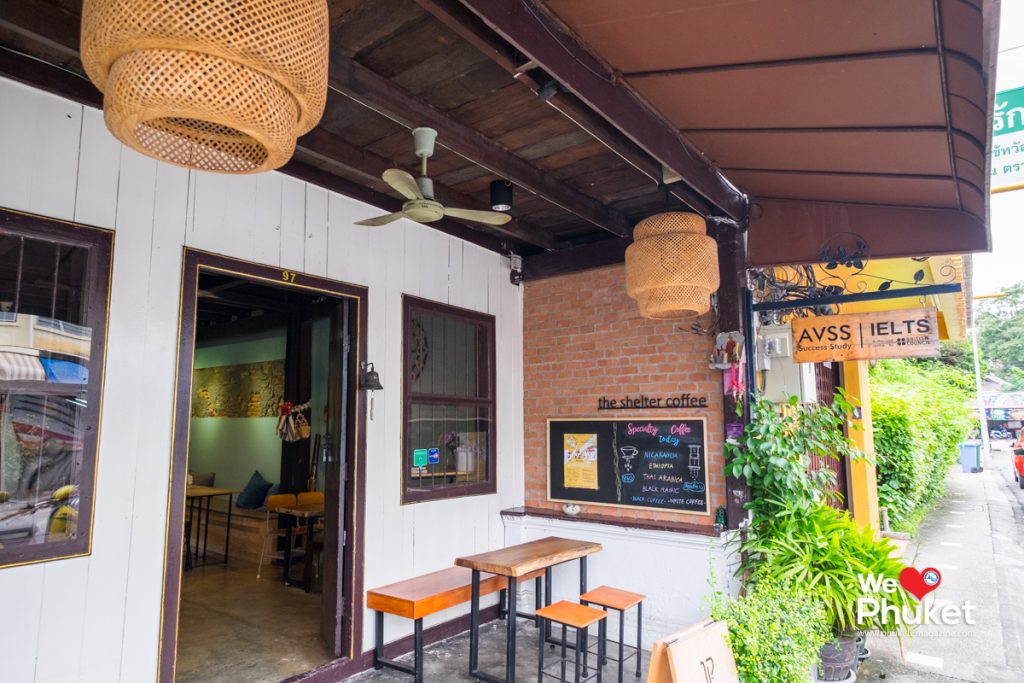 Xinlor House – This is another piece of history brought back to life again. The white elegant looking building has 17 rooms, each decorated uniquely in Sino-industrial style, making the building look strong and yet luxurious at the same time. The ground floor is an exhibition area showing the works from an architect named VernaDoc. A group of volunteer architects exhibit building plans of some old Phuket buildings. It’s free of charge. 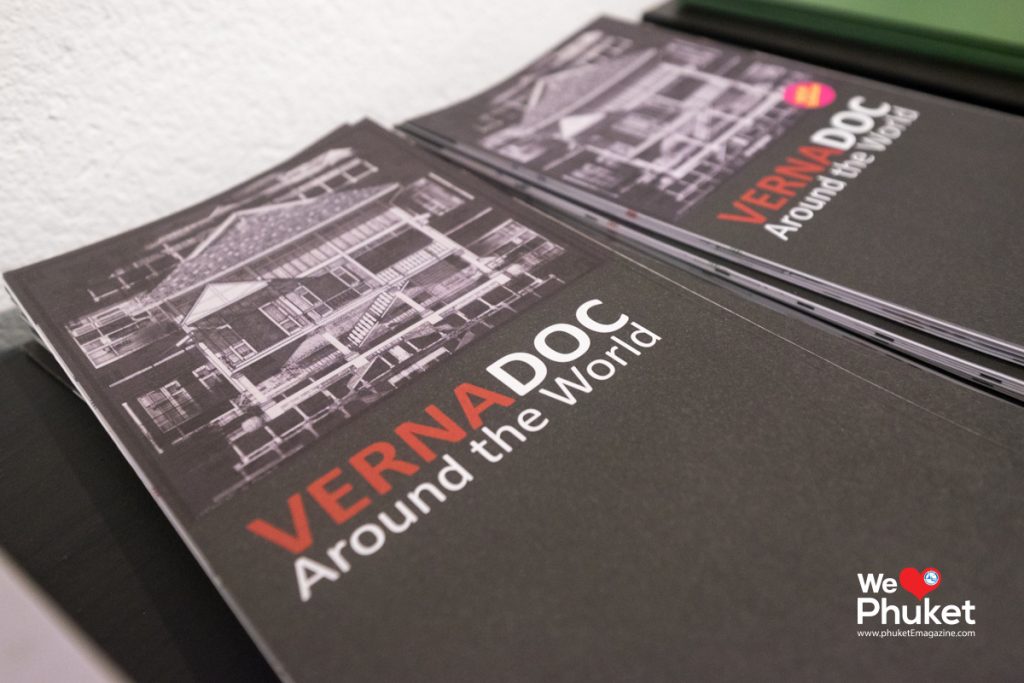 Ang Mor Lao of Luang Amnat Nara Rak or a European-style house in Phuket. The house was built in 1911. ‘Ang Mor Lao’ means a two-floor European-style house. You can tell from the overall look that the building has European influences yet with Chinese-style flourishes here and there. In the past, Luang Amnat Nara Rak was an influential person in Phuket when it came to the annual Vegetarian Festival and was greatly respected by locals. Nowadays the building is closed and can only be viewed and photographed from the outside. 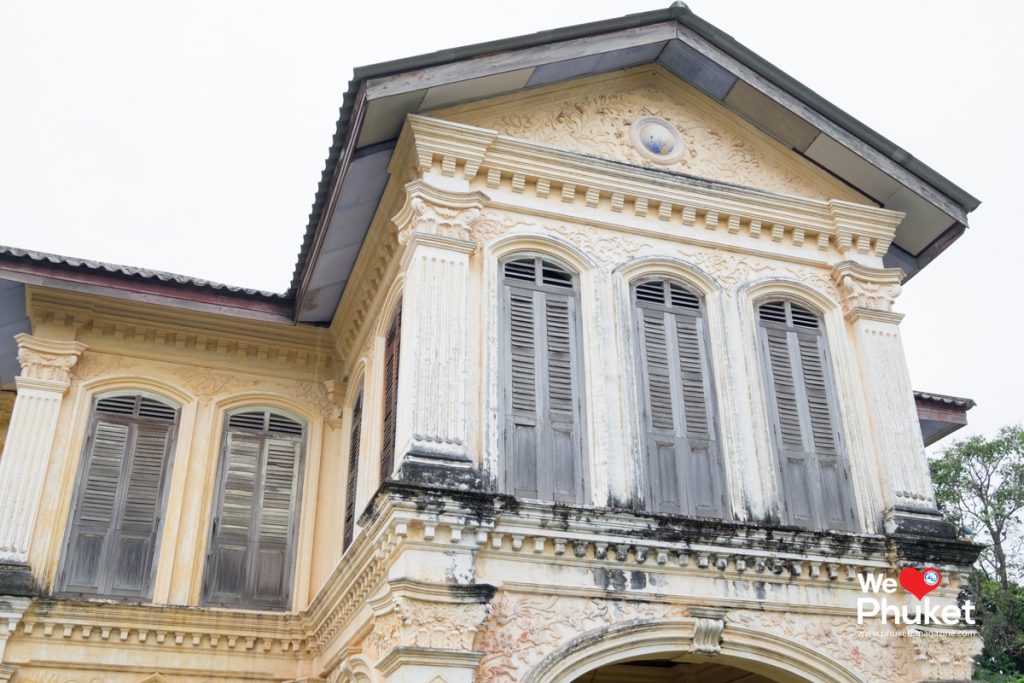 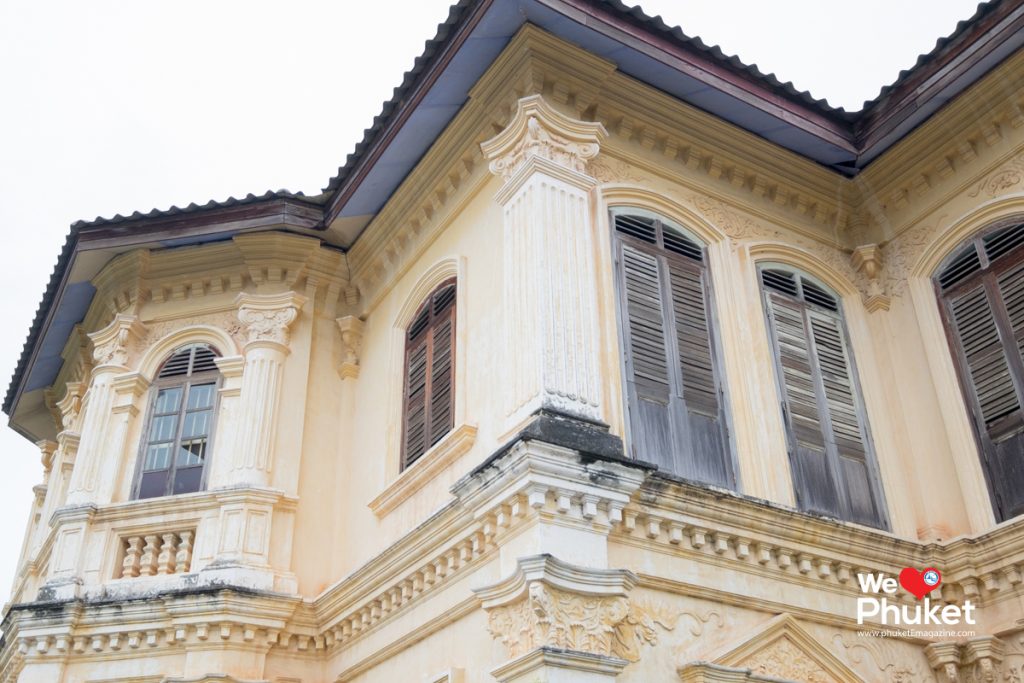